On October 10, Karen and I departed for Dante's View, on the eastern edge
of Death Valley National Park on the crest of the Black Mountains.  We set up
our photographic tracking systems to image the night sky with our individual
Canon cameras. 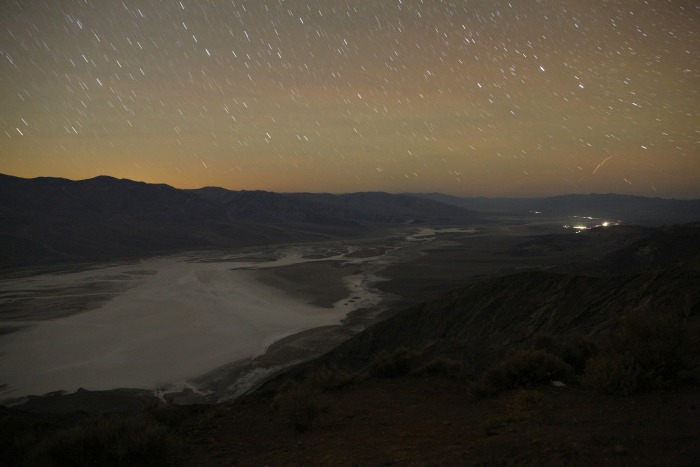 From Dante's View, at an elevation of 5475 feet, this image is looking to the
northwest out over the park, with Devel's Golf Course left center, some 5760
feet below (since that area is around 282 feet below sea level). Well to the
right are the lights of Furnace Creek, the park headquarters. 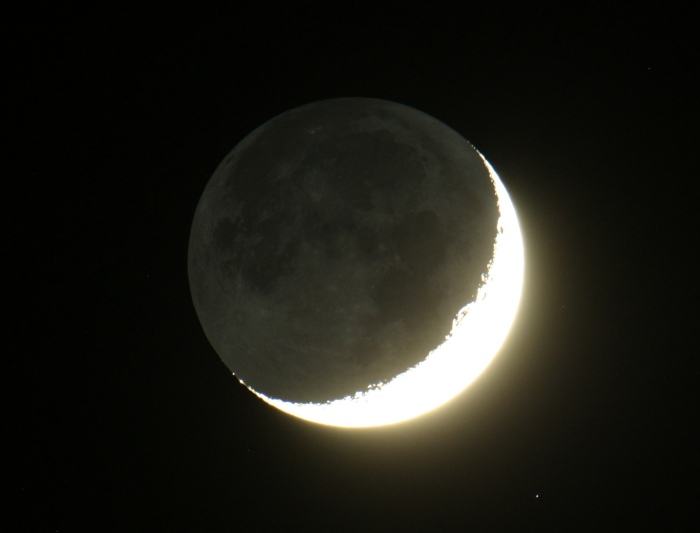 The crescent moon low in the southwest 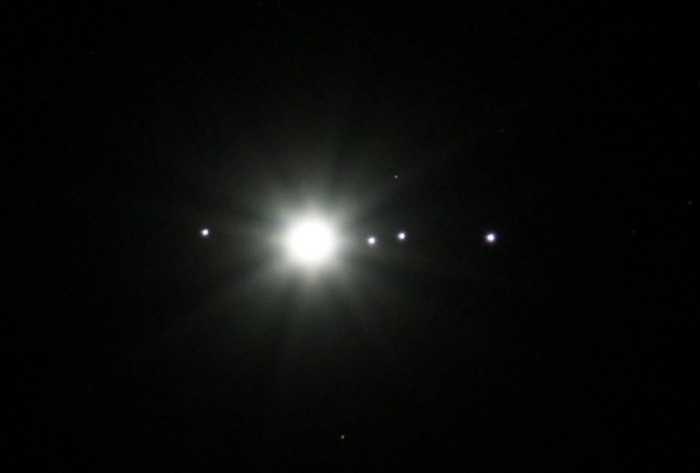 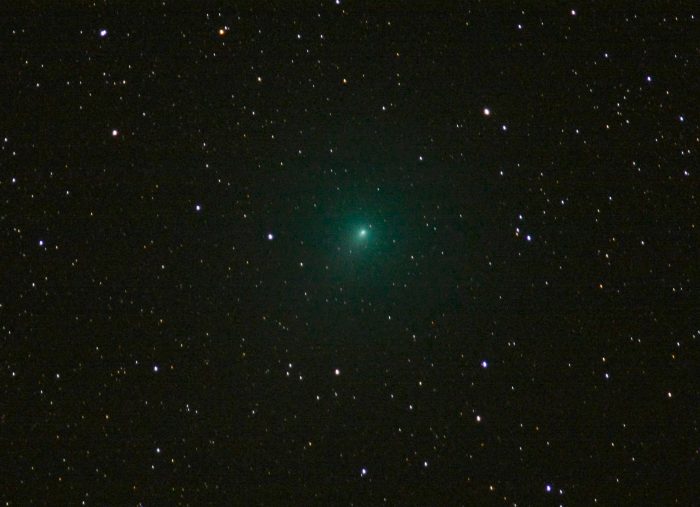 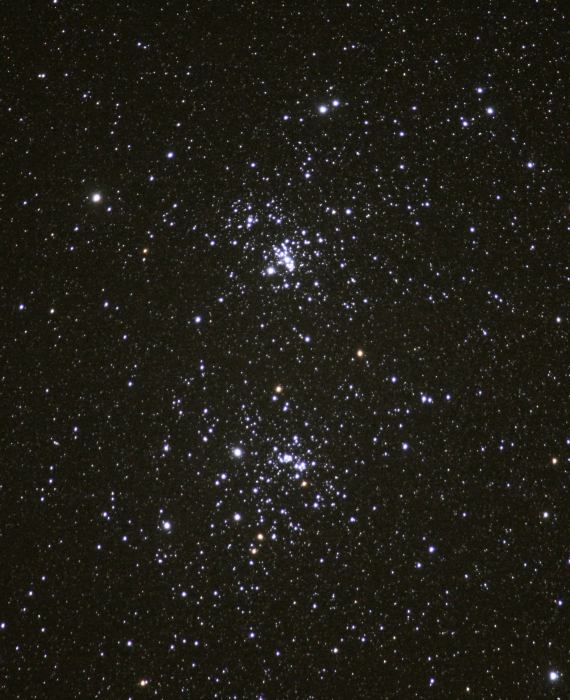 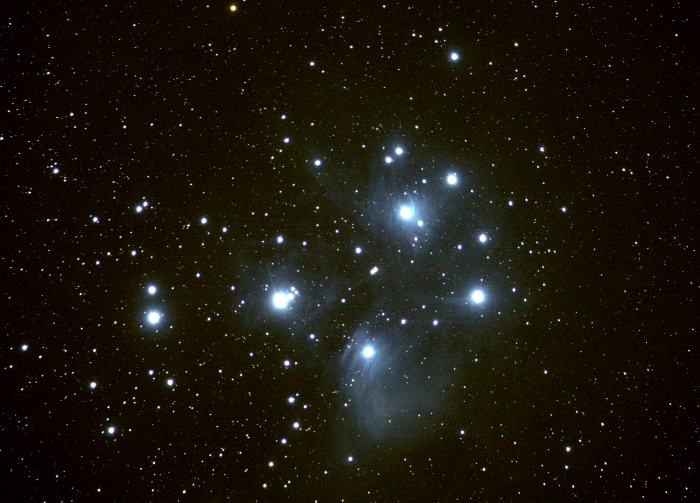 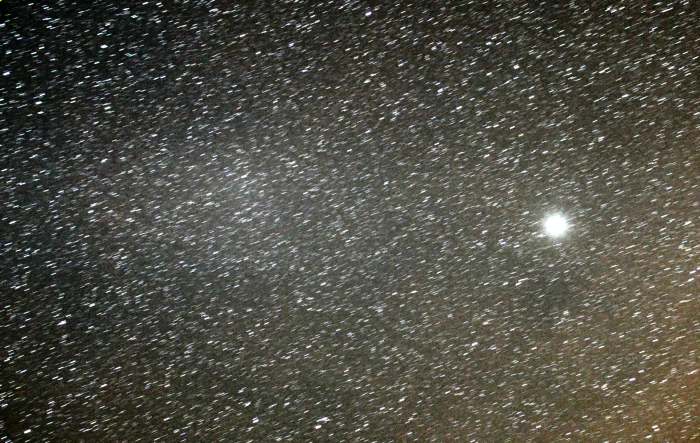 The gegenschein (left center) is a slight brightening at the antisolar point along
the ecliptic (directly opposite the sun).  This faint difficult area to photograph
is the result of sunlight falling onto small material in the solar system, primarily
in the asteroid belt between the orbits of Mars and Jupiter. 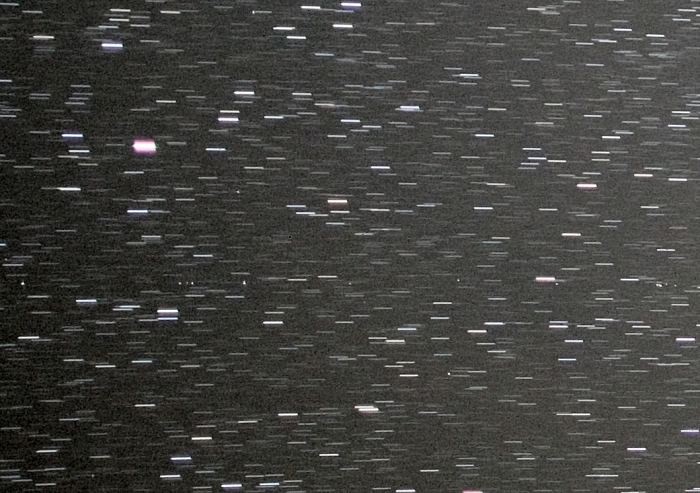 While photographing the gegenschein, over 70 geosynchronous satellites were seen
in one image.  The above picture is of an area containing 17 such objects.  These
are artificial earth satellites placed into orbit above the equator, and many are
various forms of communications satellites.

The nebulosity in the constellation Orion: The Horsehead on the left, and the
famous Orion Nebula on the right. 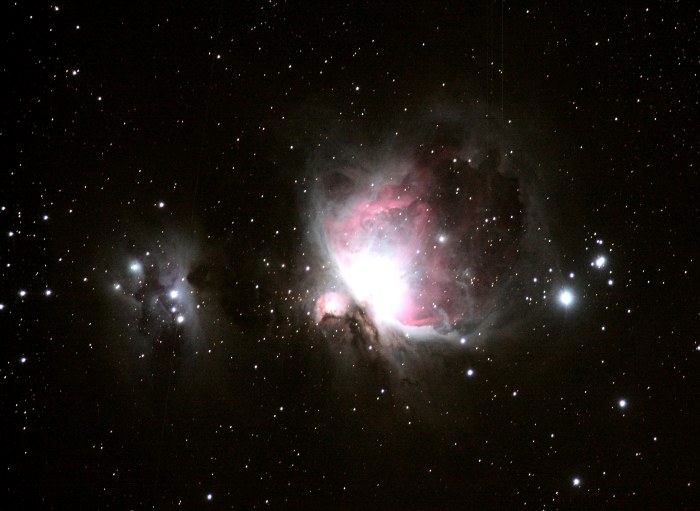 The Orion Nebula: Messier 42 is the large 'bubble' right center; M43 is the
small pointed area almost in the center, while NGC 1977 is to the left. 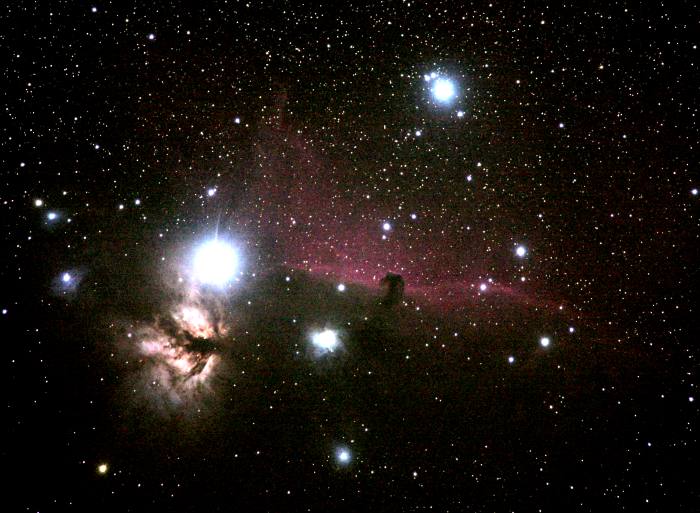 The Horsehead Nebula (center), with NGC 2024 in the lower left (below star) 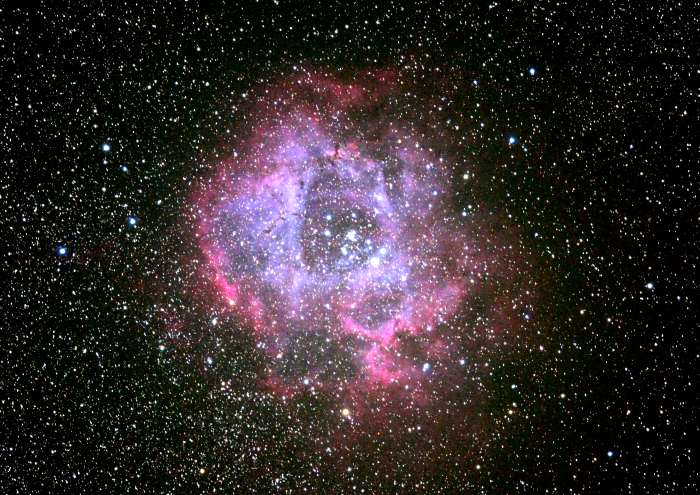 The Rosette Nebula (NGC 2237) in the constellation of Monoceros, surrounding
the bright star cluster NGC 2244 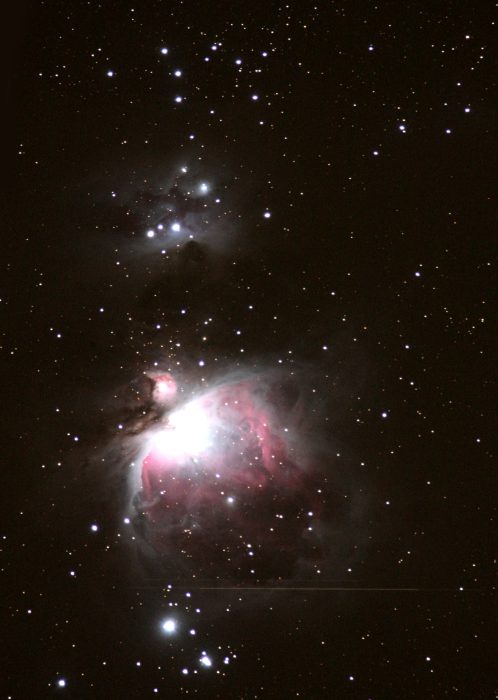 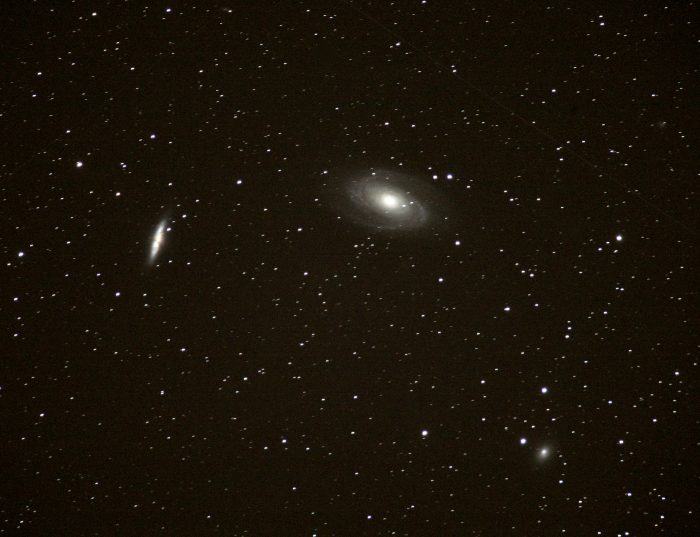 The bright galaxy in the constellation Ursa Major, M81 (upper center), with
M82 to the left, and NGC 3077 to the lower right

You are visitor number